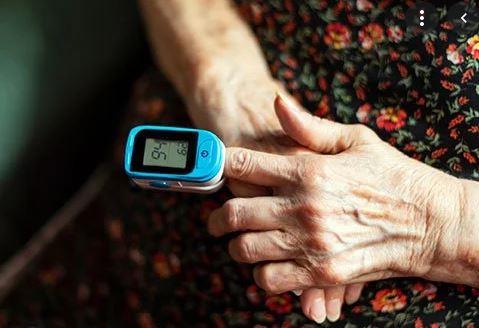 What is Oxygen Saturation?

Oxygen saturation is having more oxygen (O2) in your blood. What it causes is that oxygen molecules enter the tissues of the body. Ongoing evaluation of respiratory functions and lung activity is very important . Since our body depends on oxygen to live its decrease or increase can be dangerous.

The blood oxygen level is the amount of oxygen that circulates in the blood. Most of the oxygen is carried by red blood cells, which pick up oxygen from the lungs and carry it to all parts of the body.

The normal oxygen saturation value in an adult ranges between 95-99% , this also occurs in the elderly. However, it can vary in some people, such as smokers or those with some type of respiratory disease, as we have discussed previously.

A person’s blood oxygen level is an indicator of how well the body distributes oxygen from the lungs to the cells, and can be important for people’s health. Following a normal level of oxygen in the blood varies between 75 and 100 millimeters of mercury (mm Hg). If it is less than 60 mm Hg, it is considered low and may require the administration of oxygen supplements, depending on the doctor’s decision and on each case.

How to measure oxygen saturation in elderly people?

Blood test : this involves performing a blood gas analysis, which can measure the amount of arterial and venous oxygen. It all depends on whether the puncture is done in an artery or a vein.

Pulse oximetry : This involves placing a device on the finger called a pulse oximeter. This device has a screen and a sensor that detects the pulse. The display shows the level of oxygen saturation in arterial blood hemoglobin. In addition, it informs us of the heart rate per minute.


Medical Disclaimer: The opinions in this article do not constitute medical advice. Please consult a registered physician before taking action based on the information found in this article.
Earnings Disclosure: Bathliftreviews may earn commissions from Amazon when you purchase products from Amazon links on this page.